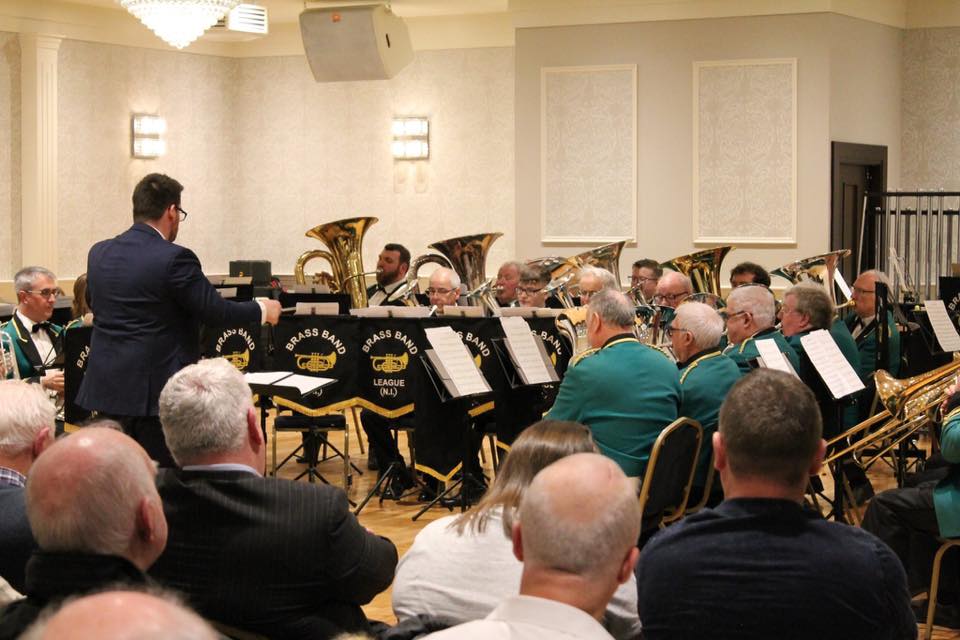 The executive of the Brass Band League recently met to dicuss our upcoming events in light of continuing COVID issues.

It has been agreed that the Solo & Ensemble competition will proceed but with some changes.

The Youth Section will move online. Performances are to be recorded by individuals and groups and uploaded by 12th February via a link which will be provided as part of the entry process.

The Senior Section will continue as an in-person event with competitors performing live at Malone Presbyterian Church Halls on Saturday 12th February. It is hoped that the event will be live streamed. To allow for increased ventilation, all performances will be in the larger of the halls with no audience in attendance other than the adjudicator and contest officials. Bands will be “bubbled” so that if there are multiple competitors from one band, they will play one after another. The deadline for entries to the Senior Section is Saturday 29th January.

Further information and entry forms are available on our downloads page

Unfortunately, do the nature of Brass in Concert and limitations of the venue, it has been agreed that it should be cancelled. It was felt that it would not be possible to run the event safely for all competitors and audience members while still maintaining the lively atmosphere which makes Brass in Concert so entertaining for everyone.

Plans are already afoot to return to Fivemiletown in 2023.